My job is to be the dumbest person in the room; I want to work with intelligent, opinionated people who can make the world a little better. Then iterate.

I’m the CTO of PacerPro. If you’re looking for a software developer job, read on, my friend. If you’re not looking, yet, now, or never, but you know of someone who might be interested in this, please pass this on to them. You never know how things work out.

What is PacerPro and why should I care? PacerPro solves a terrible productivity problem with the US Courts system. PacerPro searches for, and collects documents from, PACER.govPACER (acronym for Public Access to Court Electronic Records) is an electronic public access service of United States federal court documents. It looks like it was written using 1990s era FrontPage. It has lots of problems. Most of the documents from PACER are behind a “paywall,” even though they are public records, but once they are downloaded from PACER, we can distribute them without charge. , then distributes them to our clients. We strive to have the most accurate, up-to-date, and complete set of “facts on the ground.” The company has been in business since 2012; we have paying customers, many of them in the Am Law 100. Gavin McGrane is a very straightforward CEO, no drama.I’ve been involved with PacerPro since 2013 when I was anchoring the project at Pivotal Labs. He knows the business because he (and his family) are lawyers. The company has an interesting, albeit work-a-day, future. Our mission is to make PACER documents more accessible, with less friction and lower costs. If you’ve heard of Aaron Swartz’s efforts or the RECAP project, we’re in a similar space, except that we’re trying to do it in a way that is financially profitable (in the long run, anyway, that’s the plan). 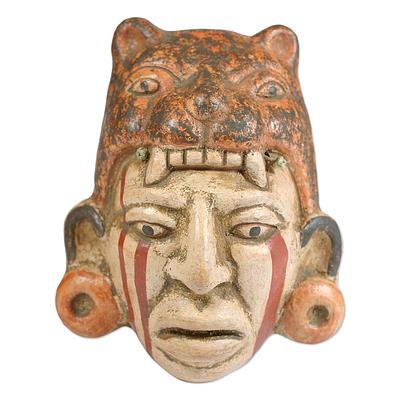 WANTED: Jaguar Priest
To impersonate and invoke the deity
To offer food and drink to the idols
To effect the drawing of the pebbles and regulate the calendar
To read weather and other omens in the clouds
To study the night sky and interpret the appearance of the celestial bodies
To determine the lucky and unlucky days for various mundane activities by the casting of lots
To perform the numerous rituals of the cup, plate, etc.
To work miracles
To concoct medicinal herbs into ceremonial drinks
To predict the future
To announce the times for various agricultural and other activities
To insure adequate rainfall
To avert or bring to a timely end famine, drought, epidemics, plagues of ants and locusts, earthquakes
To distribute food to the hungry in time of need
To cut the honey from the hives
To determine the compensation to be placed on the crossroad altars
To read from the sacred scriptures the future road of the katun [calendar round]
To design and supervise the carving of stelae [stone monuments], the manufacture of word and clay idols, and the construction of temples
To construct tables of eclipses and heliacal risings of planets [such as are found in the Dresden Codex]
–Makemson, M.W. The Book of the Jaguar Priest, a translation of the Book of Chilam Balam of Tizimin, with commentary. Henry Schuman, New York, 1951, p. 141.I’m looking for my next “senior” engineer. (I’d like to hire a pair, but, you know, budget.) What makes for an interesting candidate? It’s not a degree or n years of experience. PacerPro’s founders are practicing lawyers. They know their stuff. I probably have the fewest number of degrees compared to everyone else in the company. When I talk about “senior,” I’m looking for someone who can lead when it comes to pairing and test-driving (if you don’t know what these are, you’re not what I’m looking for).

We’re not even close to huge, but we’re not a small project any more, either. site status We run into scaling issues now and then, which is a good thing. We’re pretty good at handling them, too, which is another good thing. Our PostgreSQL database has grown to about 400GB; the S3 store has approximately 2 million documents; and, at peak, we get 500-750 requests per minute. We send out 500,000 transactional emails per month.

PacerPro is a small, distributed team. We’ve recently reestablished a physical space at 8th & Howard in San Francisco and we have ad hoc space in Hell’s Kitchen, New York City. We live in an always-on virtual space of SoCoCo and Screenhero. If you need something to be productive, we’ll reimburse you for it. Because we pair a lot, we have to work during a common, scheduled, time slot, 9:30-5:30, Pacific Time. I’ll do my best to accommodate some time shifting. Since pairing is as intense as it is productive, we work a reasonable work day. After hours and weekends are the rare exceptions, only when it can’t be avoided.

Still confused about the Jaguar Priest?